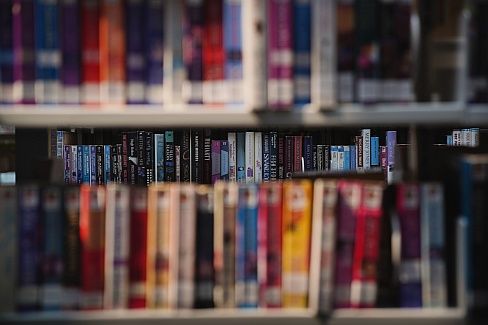 Our mission is to strengthen our community by teaching the English language and a variety of literacy skills to people of all cultures.

Lincoln Literacy (LL) is a multi-award-winning charitable provider of language and literacy services. Its mission is to assist people of all cultures and strengthen our community by teaching English language and literacy skills. Established in 1972 by, LL incorporated as a 501(c)(3) nonprofit in 1993, when large numbers of refugees began to be resettled in Lincoln. Since then, LL has grown prodigiously yet maintained its reliance on trained volunteers as instructors. Beginning with a few dozen tutoring matches at the time of incorporation, it now serves more than a thousand people annually through a combination of hundreds of one-to-one tutoring matches and a wide array of classes held at locations all over the city.

With support from national funders such as the Robert Wood Johnson Foundation   and the Dollar General Foundation, as well as local funders such as the Woods Charitable Fund, the Cooper Foundation, and the Lincoln Community Foundation, Lincoln Literacy has built up a free educational partnership known as the English Language & Literacy Academy (ELLA for short). Founded in 2006, ELLA has grown to include schools, ethnic agencies, churches, community centers, businesses, health providers, and libraries, among others. Among its alumni are refugees who have gone on to complete college degrees, immigrants who have entered careers, and formerly illiterate Americans who have started successful businesses. Since 2007, LL’s family literacy program has also helped hundreds of newly arrived immigrant and refugee children onto the road to success in school by teaching them the alphabet, introducing them to reading, and cultivating a love of books – which they get to take home by the armload. We are proud to have United Way support for this program.

Since the mid-2000s, Lincoln Literacy has won a succession of awards for its innovation, partnering skill, and effectiveness in producing transformative outcomes. Among its honors: the ProLiteracy Governors award for innovation, an award for innovative partnering from the Nonprofit Association of the Midlands, an award from Lincoln’s Community Health Endowment for its health literacy partnership, an award from the YWCA of Lincoln for assisting women to achieve their potential, and the 2011 Nonprofit Executive of the Year Award to Lincoln Literacy Executive Director Clayton Naff.